U.S. Customs and Border Protection (CBP) is continuing to step up its enforcement of the U.S. import ban on goods made, wholly or in part, with forced labor (19 U.S.C. § 1307).  Senior CBP leadership has recently confirmed that it is examining goods and commodities originating in Xinjiang, China, for potential enforcement activity.  Separately, the U.S.-Mexico-Canada (USMCA) implementing bill, which was signed into law by President Trump on January 29, 2020 (Pub. L. 116-113), contains provisions which show that Congress is intent on doing whatever it can to help ensure that enforcement is prioritized, and focused around goods known to the U.S. government as being made with forced labor.

Under current CBP regulations, the forced labor import ban (19 U.S.C. § 1307) is enforced by the issuance of “withhold release orders” (WROs).  CBP may issue WROs on its own initiative, or in response to petitions filed by interested parties (e.g., NGOs or labor unions).  CBP will issue a WRO when it determines it has evidence which “reasonably but not conclusively” indicates that a product or class of products has been made, wholly or in part, with forced labor.

CBP may issue a WRO against goods manufactured by an individual producer, or against a class of goods from a specified origin (e.g., a province, or a country).  CBP will detain shipments it believes are covered by WROs.  Such detentions can be quite disruptive.  To obtain release, an importer must present proof that the labor utilized to make the goods—all labor, from raw materials to final assembly—was not forced labor.  There are no published standards regarding the degree of such proof which that will be sufficient for an importer to prove the absence of forced labor.  CBP also has no prescribed deadline for evaluating such evidence, and permitting release.

While CBP’s issuance of WROs has increased significantly since a loophole in the forced labor import ban was closed in early 2016, Congress is looking for still more enforcement activity.  The USMCA implementing legislation contains forced labor provisions which are geared at (1) increasing the number of WROs CBP issues, (2) decreasing the time CBP takes to respond to WRO petitions, and (3) focusing enforcement resources on products already known to the U.S. government as being made with forced labor, and regions known to present a risk of forced labor.

Interestingly, these provisions in the USMCA implementing bill are not limited to Mexico (or Canada).  Rather, the bill establishes an interagency committee, the Forced Labor Enforcement Task Force (“Task Force”), to be chaired by the U.S. Department of Homeland Security (parent agency of CBP), as well as the Department of Labor and the USTR.  (Section 741.)  The Task Force is to meet quarterly as a form of interagency accountability for CBP—which remains the agency tasked with enforcement of the forced labor import ban—to discuss the issuance of WROs, ongoing investigations, petitions, and enforcement priorities under 19 U.S.C. § 1307.

Among the key substantive responsibilities of the Task Force is to establish timelines for responding to petitions which seek WROs.  These timelines will be communicated to the relevant congressional committees, and to the public.  (Section 742.)  The Task Force is also charged with issuing to the appropriate congressional committees (but not necessarily to the public) a biannual enforcement report, to include a summary of DHS/CBP activity with respect to 19 U.S.C. § 1307, and statistics on how many goods are actually denied entry pursuant to WROs.

The Task Force will generate an enforcement plan for helping CBP to target the goods identified in the Bureau of International Labor Affairs reports: “Findings on the Worst Forms of Child Labor” and “List of Goods Produced by Child Labor or Forced Labor”.  (Section 743.)  These reports from the Department of Labor contain the best understanding of the U.S. government of which goods and jurisdictions are actually being produced by forced labor.  Recent WROs have already begun to target goods identified in these reports (for example, tobacco from Malawi and gold from the Democratic Republic of the Congo), and one responsibility of the Task Force will be to ensure that enforcement activity continues to zero in on these known areas of risk.

Finally, the Task Force is required to develop a specific forced labor enforcement plan vis-à-vis Mexico, and to report to the USMCA Interagency Labor Committee (created by the implementing legislation for other labor enforcement purposes) regarding any WROs and 19 U.S.C. § 1307 enforcement which may be necessary with respect to Mexico.  (Section 744.)

These developments are noteworthy for all companies which import (or rely on imports) into the United States—particularly those companies whose supply chains incorporate goods from jurisdictions identified by ILAB as at risk of forced labor, including goods and commodities originating in Xinjiang, China.

We are assisting many companies in preparing for this enforcement activity.  If you have questions about your company’s potential exposure, and what steps should be taken to mitigate this risk, please let us know.  We are happy to assist. 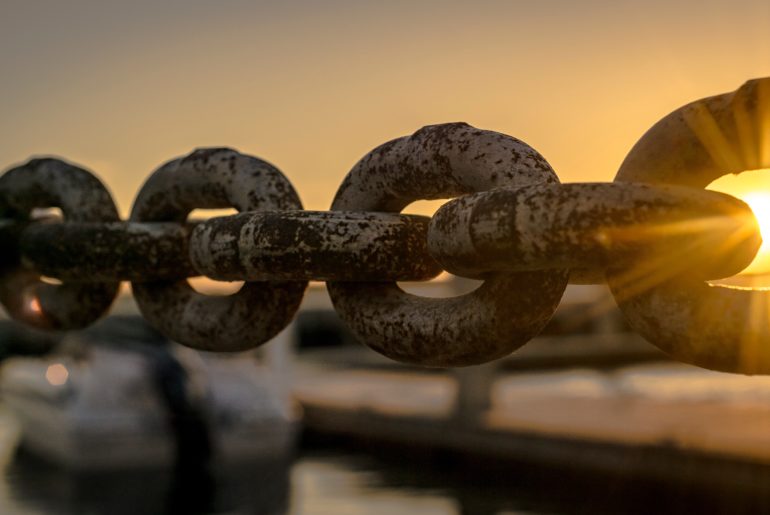